The PENAmerican award I wish I could give tonight. 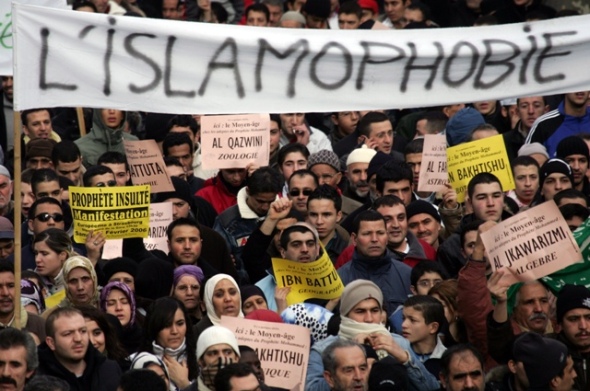 Photo from The New Eastern Outlook.

What a year to have joined PENAmerican.

If you missed the news, here’s a summary: PENAmerican, an organization dedicated to free speech in arts and literature, is awarding French magazine Charlie Hebdo for “freedom of expression courage award,” for continuing to print after their entire editorial board was assassinated by extremists. Given the nature of Charlie Hebdo‘s content—and the conspicuous attention the assassinations received all over the world, even as journalists are killed daily by their own governments in the countries whose presidents showed up for “solidarity marches” in Paris—several writers (including Teju Cole and Rachel Kushner) resigned from being table hosts at the awards gala. Salman Rushdie excoriated them in The Guardian. Other writers have stepped up to take their places.

I get it. I get both sides.

But here’s the thing I wish PENAmerican would get: claims to “freedom of expression” are a mark of privilege in places where oppressed populations are struggling merely to be allowed to live as themselves. For them, freedom of expression is a myth. The very existence of Charlie Hebdo is a manifestation of gross privilege bestowed on one segment of the French population and denied to another. It’s far easier, and far more lazy, to recognize The Organization That Had a Very High-Profile Awful Thing happen to them, than to, say, recognize that the entire Muslim population of France continues to live in the place they call home despite constant state-sanctioned hostility to their rights to life, livelihood, religion, and yes, freedom of expression.

So that’s the award I’d want to give tonight, right alongside Charlie Hebdo. To the Muslims of France who continue to live and thrive, despite the millions of daily silencings they experience, which are no less effective than bullets.

2 Comments on “The PENAmerican award I wish I could give tonight.”