← The daily quiet panic.
To dust you shall return. →

Photo: me and Skylar Gudasz at The Girl in the Road paperback release party, Letters Bookshop, Durham. Photo by DJRang, who also donated mics.

As promised, at my paperback release party, I talked about Novel #2.

I told the crowd where it came from. How the first time I went into the cave, the beam of my headlamp fell on a thing that sparkled in the dark like a star, and it had a reddish color, as if it were Mars or Aldebaran or Antares. My guide showed me what I was actually looking at: the compound eye of a cave spider. But I couldn’t shake the certainty that I had been looking at a star underground, even though I knew that was impossible.

The name of the next novel is The Actual Star.

It is set in and around the cave Actun Tunichil Muknal in the years 1012, 2012, and 3012, following three incarnations of three people.

Here are some things that will be in it:

And this is how it begins: a letter from 3012, addressed to mi familia de la carretera.

My family of the road. 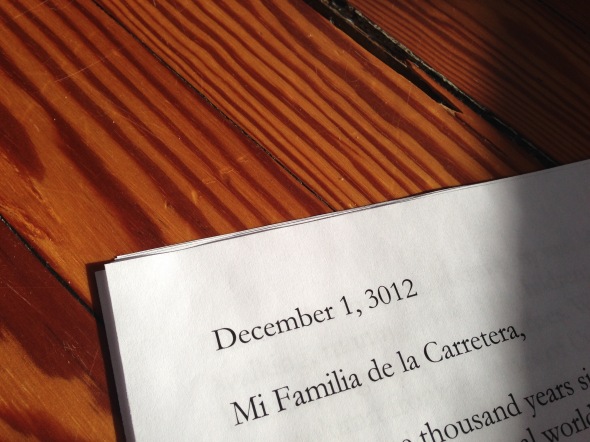