← My favorite New Year’s Resolution ever.
Want a signed copy of The Girl in the Road for the holidays? Read on! →

Let the strangeness in. 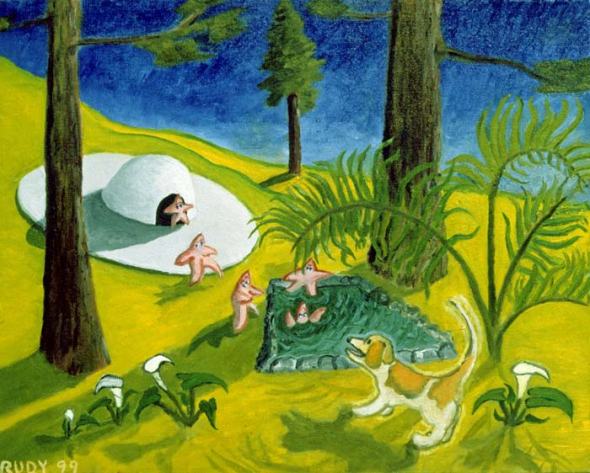 One of the coolest things about the past year has been making friends with other like-minded writers. I’ve gotten to interview two of them—Jeff VanderMeer on his Southern Reach trilogy for The Rumpus, and Rudy Rucker on Transrealism, which Damien Walter at The Guardian called “the first major literary movement of the 21st century.” It’s such a singular pleasure to ask them exactly what I want—whether it be about flying dreams, mouse-washing, or their visions for the future. I feel like I’m wading into the stream of a larger tradition.

You might also notice that I asked both writers the same question: whether everything in the universe is ultimately knowable via the scientific method as we currently understand it. It’s an important question to me; science failed me so quickly as an epistemological tool, in my long-ago career. But there’s a parallel question that has to do with my current career—about literary realism, a genre that, also, fails so completely to describe my own experience of the world. In their writings—whether labeled “weird” or “transreal”—Jeff and Rudy come so much closer. We are, in the words of Ursula Le Guin, realists of a larger reality.

I hope our reality—literary and otherwise—only continues to grow in the 21st century. I’m doing my part.

(Also, here is a picture of Rudy as a senior at Swarthmore. I couldn’t resist.) 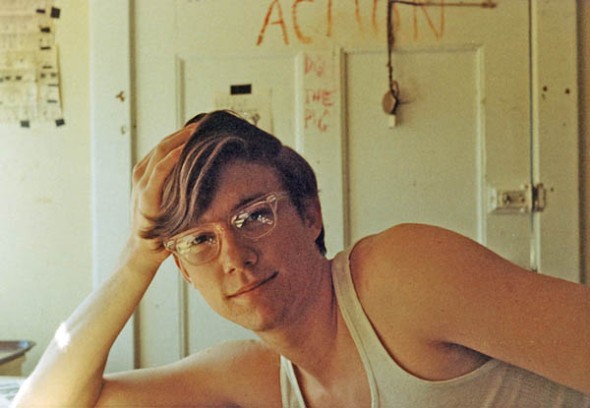 6 Comments on “Let the strangeness in.”