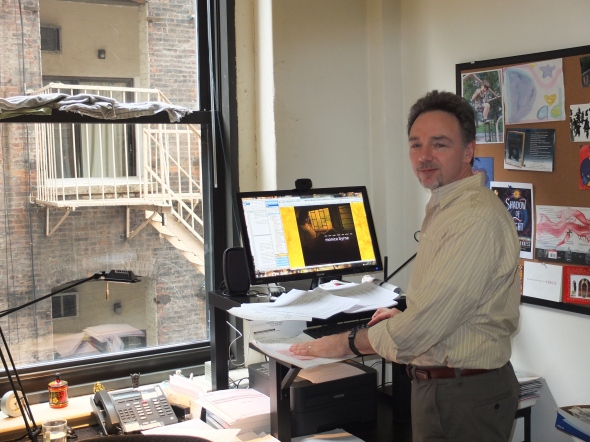 Since I have signed the contract on thick cream-colored paper and put it in the mail, I can finally say it.

After fourteen months of searching and four offers of representation, I’m so happy to finally introduce my agent, Sam Stoloff of the Frances Goldin Literary Agency. I could not be more thrilled. Our first project is my debut novel, The Girl in the Road.

Everything just felt right from the beginning. Sam wrote me twice as he was reading to tell me how excited he was about the manuscript. When he’d finished, we had a videoconference interview while I was still in Belize, minutes before which I posted on Facebook, “What does one wear to a Skype date with a prospective literary agent!?” because I realized I was basically wearing bush rags. (In general, so-called professional attire just doesn’t occur to me.)

On the advice of my friends I found a black scoop-neck shirt that made me look more presentable. But I needn’t have worried. We just clicked. And even though everyone who made me offers were great agents and great people, and even though I still took two weeks to gather all available data and make a final decision, I just had a gut feeling about Sam. He’s the only agent who came to my attention through family; he’s my sister’s friend’s brother-in-law, and Julie told him about the novel at a party. I like to think that’s kind of a sign. And it doesn’t hurt that the agency is small, robust, client-oriented, and well known for its progressive politics. They represent Barbara Kingsolver, Dorothy Allison, and Adrienne Rich—good company to be in, to put it mildly.

Next phase. Here we go.