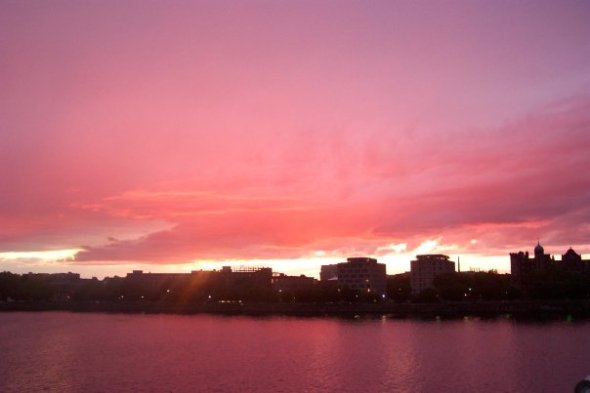 During the election cycle of 2004, Bush v. Kerry, I was in grad school. But my place of residence was still Lebanon County, in Pennsylvania, which was a swing state. I’d written the Board of Elections a request for an absentee ballot several months in advance, but I kept checking my mailbox and nothing came, until it would have been too late to send it in.

I called the Lebanon County Board of Elections. Did you get my request for an absentee ballot? I asked, and gave them my information.

No, they said, We never got them.

That’s really hard to believe, I said. I sent requests in both hard copy and email form, just as instructed on your web site.

I panicked. I took it out on the lady on the other end of the phone line, who may or may not have been complicit in what may or may not have been an actual episode of disenfranchisement. I asked, Does your somehow “never getting my request” have anything to do with the fact that I live in Massachusetts now and you think you know how I’d vote? How can I possibly not vote this election?

She said, Well, you’re just going to have to do what you have to do.

I got off the phone and emailed my department listserv, asking if anyone was driving to Pennsylvania soon. I got an unexpected reply: Larky Hodges, the wife of professor Kip Hodges, actually offered to cover my bus fare to travel home the next day to vote on Election Day. I thanked her profusely. I got on a bus at 5am the next morning, the first of three buses that finally deposited me, fourteen hours later, right in front of the polling station in Annville. I voted for Kerry. I walked home. Dad didn’t even know I was coming, because he didn’t have a cell phone in 2004.

We watched the returns come in. I went to bed early, sure that there’d be another recount. But I woke up the next morning to a phone call from my boyfriend Shaun, who told me that Kerry had conceded.

This story is bittersweet, to me. On one hand, it meant to much to me that Mrs. Hodges paid for me, one sole person, to go home to vote, and it still does. I tracked her down this year to thank her again. She is what’s best about America.

On the other hand, we lost. And the stakes were really high. We were in for another four awful years under Bush, who ended his presidency by driving the country into a ditch.

I do believe I’m witnessing American decline in my lifetime. It began with Bush. If we reelect Obama, there’s a chance to continue reversing it. If Romney is somehow elected, the decline will continue.

Leave a Reply to THE FIVE POINTS STAR Cancel reply