← The end of an era.
The legend of the yellow Speedo. → 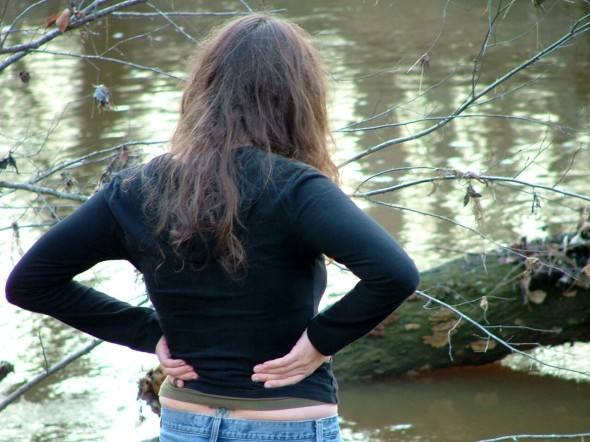 The picture above is from December 2006. I was really skinny, but not in a healthy way. I had no appetite because I was constantly adrenalized, and therefore constantly exhausted, but hadn’t slept for more than a few hours at a time in four months. Depression was like treading water in the middle of the ocean: every day, I swam in circles, pulling together flotsam to build a raft. Every few hours I found that all of my work had disintegrated and I had to start over.

It was really, really horrible.

Artists, and writers especially, like to romanticize depression. I call bullshit. It’s not useful, it’s not inspiring, and it’s not ennobling. The only use for it that I can come up with is that it creates compassion for other people, artists or otherwise, going through the same thing. And as many of my peers see me as “happy” (true!) and “successful” (depends on your definition! :)) I feel compelled to talk about a disease so many people still have prejudice about, not the least of whom are the sufferers themselves.

When I tell people I’ve dealt with depression, they’re surprised. I’m warm and buoyant and excited about everything! People who deal with depression are depress-ive, right? Aren’t they mopey and withdrawn? Well, no. They could be anyone. They could be the sad guy who never leaves the house, or they could be me, a person who identifies her natural state as singing and dancing around my living room to Angélique Kidjo songs. Depression isn’t a matter of character. It’s nothing to be ashamed of. And despite what society tells you, it’s not your fault.

I probably inherited a predisposition from both sides of my family, and that kicked into gear when I was twenty, when my mother died and my first lover broke up with me in the space of ten months. I can only look back on that now and appreciate how it basically caused my brain chemistry to break. Over the following years, with each new episode, I sought medical treatment long after I should have, because I thought the depression was a matter of willpower and that I had the “strength” to get through it “on my own.” And after I’d been on treatment for awhile, and I felt “strong enough” to go off of it, I would, which I considered an “accomplishment.” For years it went on like that.

For that time, also, I thought the depression was episodic; that is, it only happened after an event like a bad breakup. But then in October 2010, when nothing was “wrong,” when I was doing my favorite thing, sitting in the audience at a weird art show, I thought: “Nothing is worth anything unless I get as much love as I need from the specific people I need it from. Otherwise I don’t want to live.” I recognized that feeling immediately, but for the first time, I recognized it as a symptom, like getting a sore throat before a cold. Nothing I had to identify with. I’d recently experienced so many kinds of happiness—kneeling in the sea at Rarotonga, walking beneath blue Christmas lights in Manhattan, watching a thunderstorm from the doorway of the clinic in Kerala—that I could summon those memories like guardian angels and simply say, “I like living. And I like wanting to live. I know this.” So the next day, I saw a doctor who took my history, told me that long-term use of antidepressants has no known side effects, and wrote me a prescription. I’m lucky in that my condition is very responsive to medical treatment. When combined with all the other things I do—journaling, meeting with an awesome long-term therapist, cultivating dear friendships, and pursuing my happiest life—I don’t experience symptoms at all anymore. In fact, I’m just really happy most of the time.

And I’m so glad I did that, because shiiiiiiit, seriously, I have way too much to do.

Stories to write, friends to make, lovers to meet, countries to see.

If yours does, too, it’s not your fault. Seek help.

Life is way too short, and way too amazing.

13 Comments on “On depression.”