Companions on the journey. 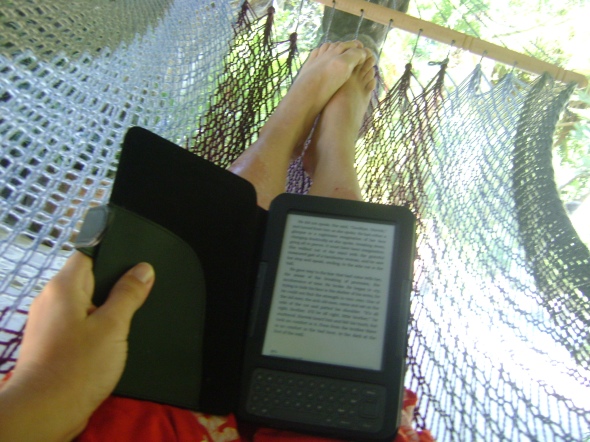 (If you were raised Catholic, I just gave you an earworm. You’re welcome.)

I got a lot of reading done while traveling. And then when I remember reading them, they have the distinct flavor of exactly where and when I read them. Thank you to all of you who were my companions on the journey:

Harvest by Mathieu Perron, on the Amtrak to D.C.

“Massacre at Frost Mountain Picnic” by Seth Fried, on the Amtrak to D.C.

“Life Among the Terranauts” by Caitlin Horrocks, on the Amtrak to D.C.

“Safe Passage” by Ramona Ausubel, on the Amtrak to D.C.

“The Scent of Cinnamon” by Charles Lambert, on the Amtrak to D.C.

Mr. Fox by Helen Oyeyemi, on the plane to Belize

The No. 1 Ladies’ Detective Agency by Alexander McCall Smith, on the balcony at Belcove Hotel in Belize City

The Wasp Factory by Iain Banks, while waiting till 3am for the bass to turn off in the club next door, in San Ignacio

Krik? Krak! by Edwidge Danticat, in the lobby of the San Ignacio Resort Hotel, before the iguana tour began

The Hunger Games by Suzanne Collins, on the balcony at Martha’s Guesthouse in San Ignacio

Old Man’s War by John Scalzi, on my bed at Martha’s Guesthouse in San Ignacio

Neutrino by Unlimited Theatre, at Erva’s Restaurant in San Ignacio

The Garden of Pure Sensation by Elizabeth Phillips, at the espresso shop in the town center, San Ignacio

The Lost Symbol by Dan Brown…funny how I don’t remember a thing; must have been in San Ignacio

Open City by Teju Cole, on the beach north of San Pedro Town

Jane the Plain by Gus Schulenberg, in my hotel room at Treetops on Caye Caulker

Bonk: The Curious Coupling of Science and Sex by Mary Roach, on the beach in Caye Caulker

“The Life Cycle of Software Objects” by Ted Chiang, at a granite table in a public square in San Jose

Geek Love by Katherine Dunn, at The Common Cup in Monteverde

The Man Who Was Thursday by G. K. Chesterton, on my bed at Sunset Hotel in Monteverde

The Magician’s Book: A Skeptic’s Adventures in Narnia by Laura Miller, being unadventurous in Santa Elena Town

The Dispossessed by Ursula K. Le Guin, in a hammock by a pool at Ylang Ylang Resort in Montezuma

Gabby by Gabrielle Giffords and Mark Kelly, grumbling to myself about another overpriced meal in Montezuma

What I Talk About When I Talk About Running by Haruki Murakami, on my balcony at Tico Adventure Lodge in Playa Samara

Fiction Ruined My Family by Jeanne Darst, on my balcony at Tico Adventure Lodge in Playa Samara

Packing for Mars: The Curious Science of Life in the Void by Mary Roach, on the plane ride home